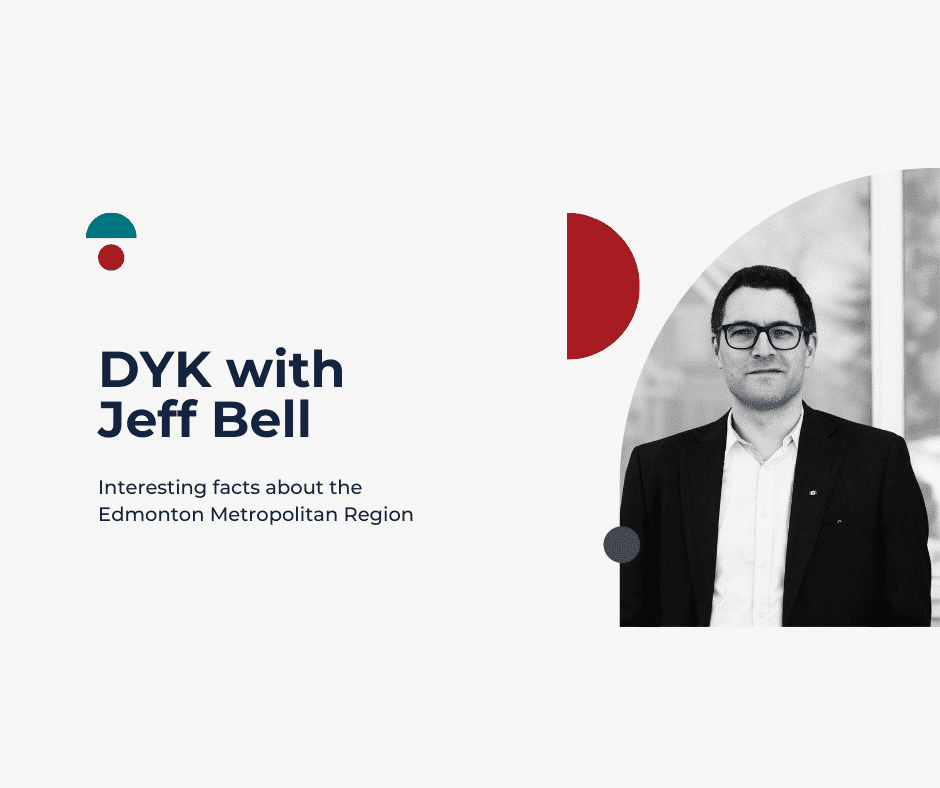 #YEG #YoungEducatedGrowing – By the numbers

In the spring of 2019, not long after Edmonton Global was formed, we commissioned a study to determine where our regional strengths lay from the perspective of international investors and site selectors. We wanted to determine if and where our capacities aligned with what global investors were seeking. After all, it’s not enough just to boast about the reasons why we think the Edmonton region is a great place to invest in, we needed to ensure that our messages would resonate with the investment and site selector community and that those messages were grounded in fact. What we found was there are characteristics of our region that are really appealing and largely unknown.

Our region shined in areas of talent, innovation, and economic growth. We discovered that we are among the youngest, most educated, and fastest growing in Canada – all major strengths from an international investor perspective. We also found that the Edmonton region is still fairly unknown internationally and even nationally. This provided a unique opportunity to craft a story, grounded in facts, that we could share with international investors. With this in mind, Edmonton Global adopted a central theme or narrative, based on research that analyzed both who we are and what investors are seeking out.

But a lot has changed since 2019. COVID-19 profoundly impacted communities and businesses around the world.

With all of this upheaval and change, it seemed timely to revisit this regional tagline. Could we still say that we were among the youngest, fastest growing and most educated regions?

And just like we did when Edmonton Global was first formed, I decided to look at the data.

Is the Edmonton region young?

The Edmonton region remains among the youngest in Canada. According to the most recent data from Statistics Canada, Edmonton is the third youngest metro region in Canada (Figure.1)  In 2020 the average age of all Canadians was 41.2, while Edmonton’s average was 38.4. At the same time 86% of the Edmonton region’s population was under retirement and 68% of the population was of working age. The region was also named the top community in Canada for youth and youth work by Youthful Cities in 2019. Edmonton received top marks for affordable transportation, affordable utilities, affordable health, affordable education and affordable housing. Data from the Canadian Real Estate Association confirms this last data point (see Figure 2.) Not only are housing prices in the Edmonton Region among the most affordable of any city in Canada- they also grew the slowest between 2019 and 2020. This means that young people can afford a higher quality of life, a key asset for investors looking to attract talent. Data from RBC Economic Research shows that the Edmonton region is among the most affordable when we look at the percentage of household income required to cover ownership costs. Edmonton was also recently ranked 4th among large American cities in the Human Capital and Lifestyle Category for fDi Intelligence’s annual Cities of the Future Ranking. fDi Intelligence, a service of the Financial Times, ranked cities in North, South and Central America, as well as the Carribean,  based on data relating to talent pool, quality of life and education system – all key investment drivers.

Is the Edmonton region Educated?

The region is home to seven major post-secondary institutions offering 170 programs to more than 89,000 students (on a full time learner equivalent basis) with a total headcount of roughly 130,000 students. Our colleges, universities and polytechnics are highly rated and attract students from all over the world including at least 156 different countries. According to the Center for World University Rankings (CWUR) World University Rankings 2021-22, the U of A is ranked 81st in the world—up 20 spots from last year’s showing—and fourth in Canada.

We’re also a very highly educated region. Between 2009 and 2019, graduations from Master and PhD programs grew by 34% and 37%, respectively (Figure 4). This level of talent is often highly sought after, especially in areas like computer science. Graduates in these fields are routinely headhunted by leading companies in Silicon Valley and other technology hubs from around the world. Is the Edmonton region Growing?

If you look at metropolitan areas with populations above 1 million, Edmonton was the fastest growing city in Canada between 2015 and 2020 – with an average growth rate of 1.9% year over year. And this growth is continuing despite COVID. Between July 2019 and July 2020, Edmonton’s population grew by 26,121 – a rate of 1.8%- 0.5% – well above the average rate of comparable cities (Figure 6).

The Edmonton region is still among the fastest growing communities in Canada. If we look at data from 2000 to 2020 we can see that more and more people are moving to Edmonton from other countries and elsewhere in Alberta (Figure 7). I find this movement within Alberta particularly interesting. Could it be that other Albertans are in on the secret that the Edmonton region is full of opportunities?

Our labor force also continues to expand. Between January 2020 and May 2021 it grew by 13,600 people – a time period during which other Canadian cities either shrank or grew much more slowly.

Edmonton’s status as a mid-size city may be an advantage if some analysts are correct that the impacts of COVID will increasingly see workers migrate to population centers with access to more affordable housing and costs of living. A recent study by Mclean’s ranked Edmonton as the best major city to live and work remotely in Canada for 2021 (it was the only city with more than a million people to rank in the top 10, coming in behind only Halifax, Fredericton, St Thomas, and Belleville).

Although a lot has changed since Edmonton Global was founded, when it comes to the narrative that we are sharing with the world about our community, the data still has the same story to tell. The Edmonton region is Young, Educated and Growing – and your future is here.